100 years ago, on the 1st April 1918 as the First World War was nearing its end, the Royal Flying Corps and Royal Navy Air Service were merged to become a name we are all familiar with today – the RAF. 47 years later came the Royal Air Force Aerobatic team, more commonly known today as the Red Arrows. This elite team was assembled from the finest RAF pilots at the time to create one of the world’s best aerobatic teams.

As a way to commemorate this elite division of the RAF, Aston Martin and the RAF joined together to commission 10 Aston Martin Vanquish S ‘Red Arrows’ editions. All painted in Éclat red to match the Hawk aircraft flown by the Royal Air Force Aerobatic Team, these 595bhp V12 Astons are a perfect collaboration of two British brands famous for their engineering excellence. Aston Martin sold 9 of these cars, allowing 1 to be given away for charity, helping to raise £1.5 million for the Benevolent Fund. This one special car was named ‘Red 10’.

Being such a rare example we were thrilled to be given the opportunity to transport this splendid Vanquish S from Aston Martin Chichester to RAF 100 at Bournemouth airport – the 100th year anniversary of the incorporation of two flying services to become the Royal Air Force. We also transported two brand new Aston Martin DB11s in Stratus White and Midnight Blue, chosen to complete the line up of red white and blue that make up the RAF’s roundel.

Thanks again to Harwoods Aston Martin, Chichester for choosing us to handle the transportation of these three great cars. 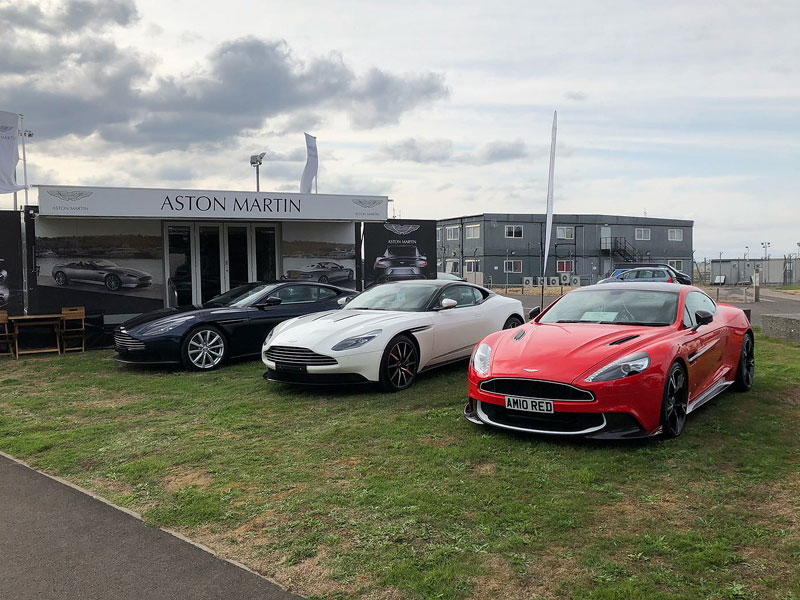